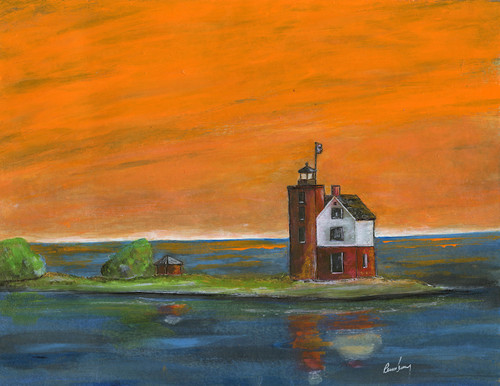 Round Island Lighthouse was built in 1895 to protect ships from the dangerous shoals around the channels between Mackinaw Island and Round Island.  It is well-known for its appearance in the Hollywood Movie-- Somewhere in Time.

Round Island Lighthouse card is a painting by Michigan artist Richard Rensberry with the flag flying at sunset.

It measures 5.75 by 4.35 with glossy photo on linen with linen envelope.