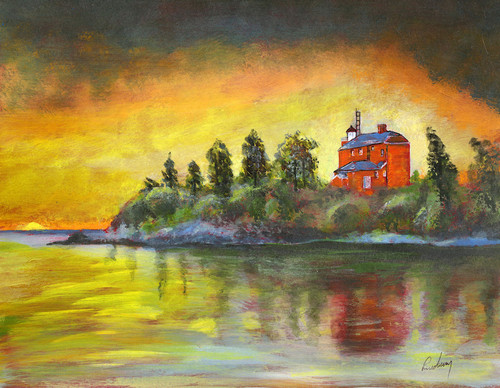 Marquette Harbor Lighthouse is one of the icons of the city of Marquette, Michigan, and is among the most photographed lighthouses of the Great Lakes.  Everyone knows the red Lighthouse on Lake Superior!

Marquette Harbor Lighthouse card is of a brilliant summer sunset by Michigan artist and author Richard Rensberry.  It was captured in liquid acrylic ink on paper.  It measures 5 3/4 by 4 3/8 handcrafted with photo on linen with linen envelope.

If I Were a Lighthouse, Children's Book